Seppo Savikoo, Jan Egil Eide and Stefanie Semkat have come up with something very special. For the German World Championship, the European Open tryouts and the Gotor Cup in Spain, the three judges from Finland, Norway and Germany have jointly prepared a course. The course consists of many fast passages, but they are extremely demanding in terms of running. 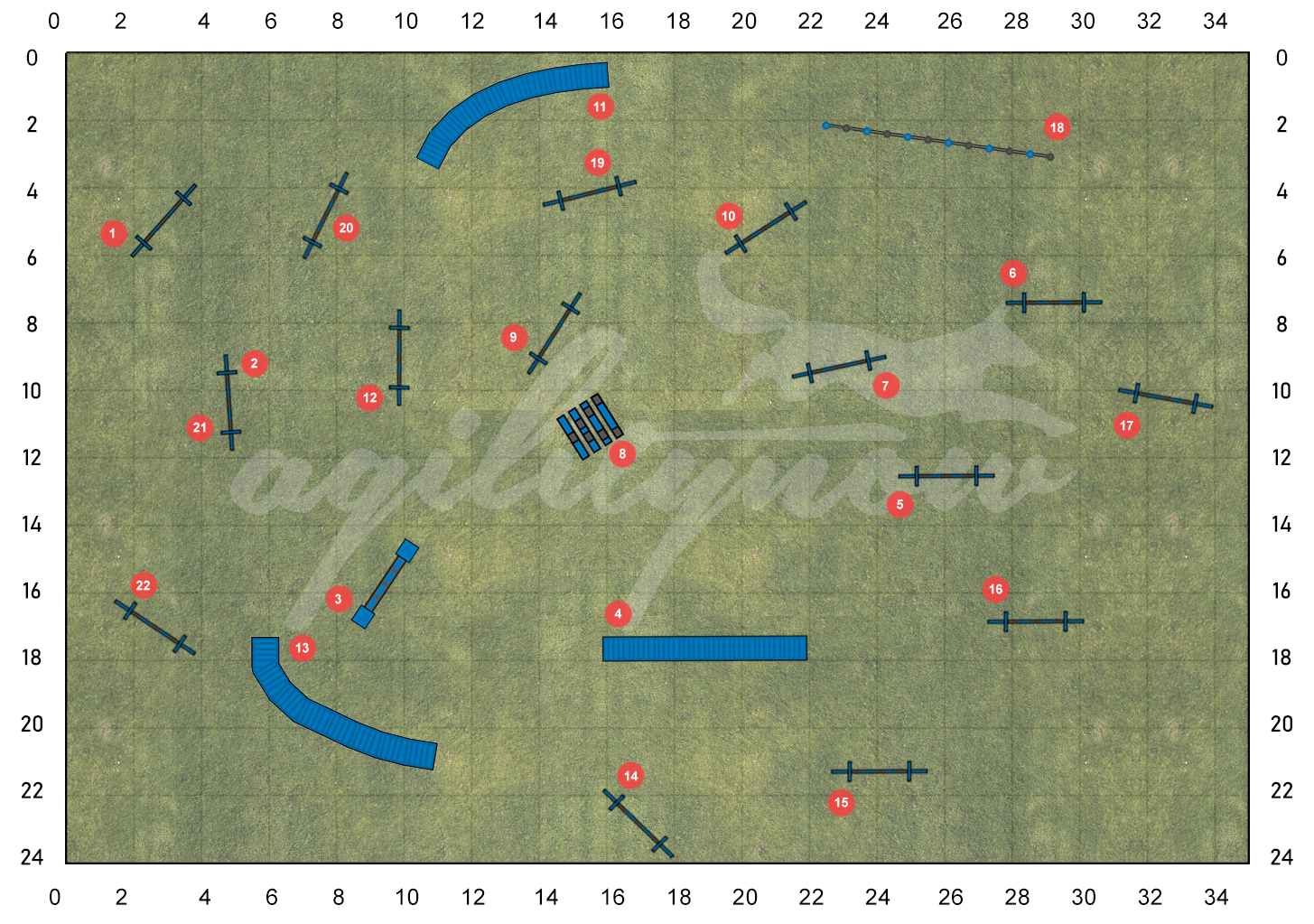 Right at the beginning it goes directly into the other side of the course. Gaining an advance at the start is almost impossible, because you already have to work the second jump. After that jump it goes then as already mentioned in a long drawn in the other half of the place. If you are in the right place in time, then you can solve jump number 6 with a blind change or send the dog over the hand away. There is no time to catch your breath. Passage 7 and 8 requires again a lot of work. Happy is who can send the dog independently over the long jump. At this point it is necessary to switch as soon as possible and to pick up the dog at jump number 9 by switching to the other side. From jump number 10 is following again a pace passage, which is for sure made by Jan Egil Eide.

Not self-evident is jump 12, which must be taken from the dogs by side with high speed. So this jump can be overlooked by them quite easily. From there, it is important to send the dog into the tunnel as fast as possible and to position yourself directly at jump 14. This constant positioning describes the characteristics of the course very well. The short technical combination 14 to 17 can be solved in very different ways. Depending on the preferences and the anatomy of the dog. 18 is the slalom, which looks first really like a simple entrance. However, the dogs reach this also at a fairly high speed and can run over it. After the slalom, jump number 19 is once again a sideway jump. But here the tunnel tempts pretty much, especially as the dog handler is usually on the other side and can not cover the tunnel. The second-to-last jump, the 21 is – not surprisingly a sideways jump, which requires a lot of concentration again. Even the handler has relatively much time to help the dog accordingly. The danger with this one should be much more from the mental side, if someone looking already in front to the finish line.

Qualifying for the national teams …8 months ago

Just Moved And Dog Peeing In The …12 months ago

Dog sneezes a lot1 year ago

Your Running Contacts1 year ago

Size classes in Sweden and Finlan …1 year ago

Collapsable tunnel in your countr …1 year ago