Tobias Wüst and Silas Boogk keep their nerves and confidently run the Individual Agility without any mistakes. At least no mistake with consequences. Tereza Kralova missed the title, after a mistake in about half of the course. Stanislav Kurochkin and Zippi inherit the medal in their place. The duo already drew attention to the last World Championship. Now the coronation followed in Turku. With the two gold medals Germany secured four out of a total of six gold medals awarded and thus go down in history. 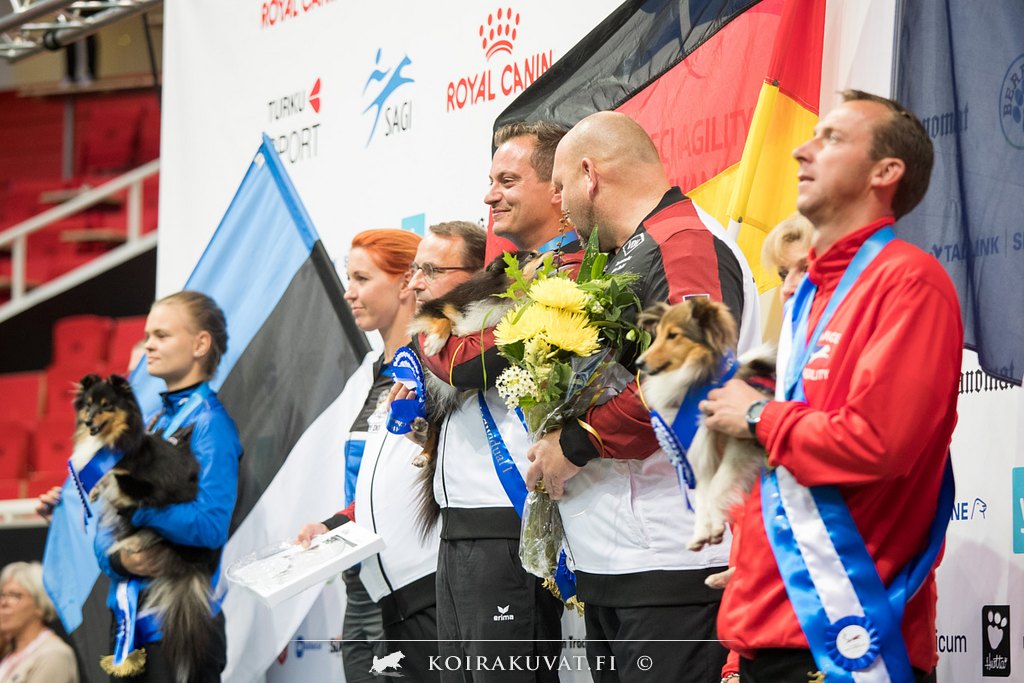 Almost in a row, the Small teams stumbled out of the decision in the end. Marta Miil and Jay, the winner of the silver medal, started in 12th place in the competition, bronze medalist Julien Orand and Maybe even only from 17th place. That the young Estonian has strong nerves, proved she already at the last World Championship in Sweden with the victory in team competition. She also run today sovereign and clean. Julien Orand would probably not have counted on a medal after the 17th place yesterday. But he showed a nearly clean run. The winner, Tobias Wüst, could literally beat himself only after Enya Habel, Alberto Marmo and Clementine Perche made mistakes. Even the experienced Sandra Sjöberg and Milla did not reach the finish without mistakes. Although there was a bit of a scare for Tobias Wüst at the beginning, when Sheltie Dörte almost ran past an obstacle, it stayed that way. 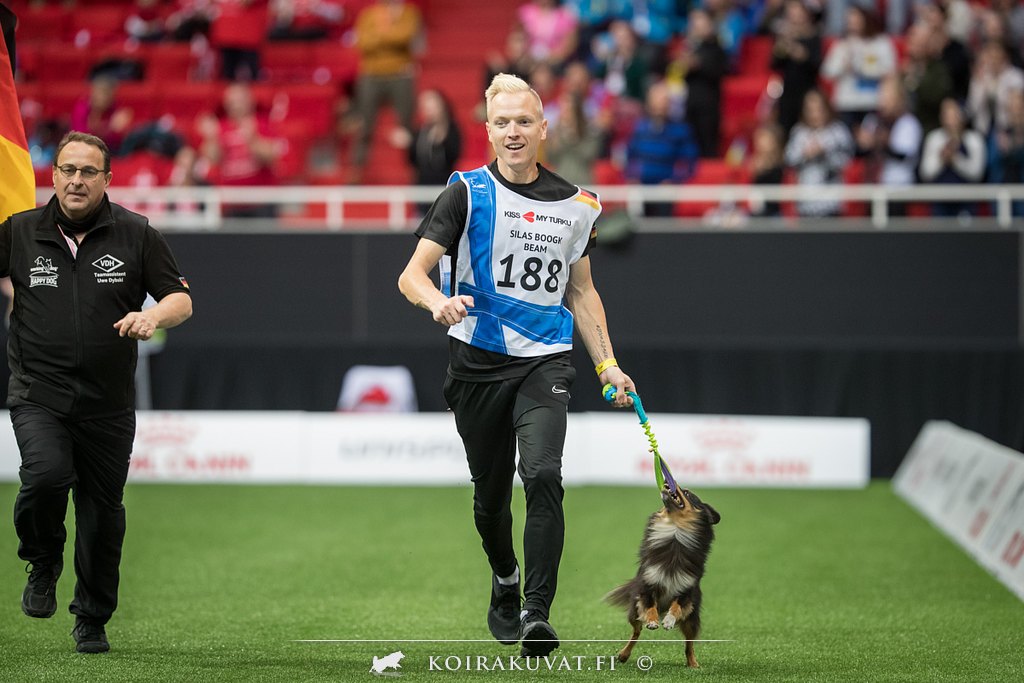 Similarly, one could describe the run of Silas Boogk and Beam. Also there was a short uncertainty shortly before the end of a change, which almost led to a collision between him and Beam. Otherwise, the two unspooled their usual program and remained clean. The medium competition offered a lot of suspense, not least because of the many clean runs and close distances from the jumping. Tamara Sedlmaier, after tenth-place in jumping, put on a perfect Agility run and took the lead. A time that should only be undercut twice. Neither Kateřina Malačková, Natali Happonen, Bozena Schröde, Kaisa Tsäro or Aneta Obrusníkova were able to beat this time. Only Swede Anne Karlsson and Silas Boogk in addition beat the overall time of Tamara Sedlmaier by another 0.10 seconds. A conceivable brief matter that decided between silver and bronze. 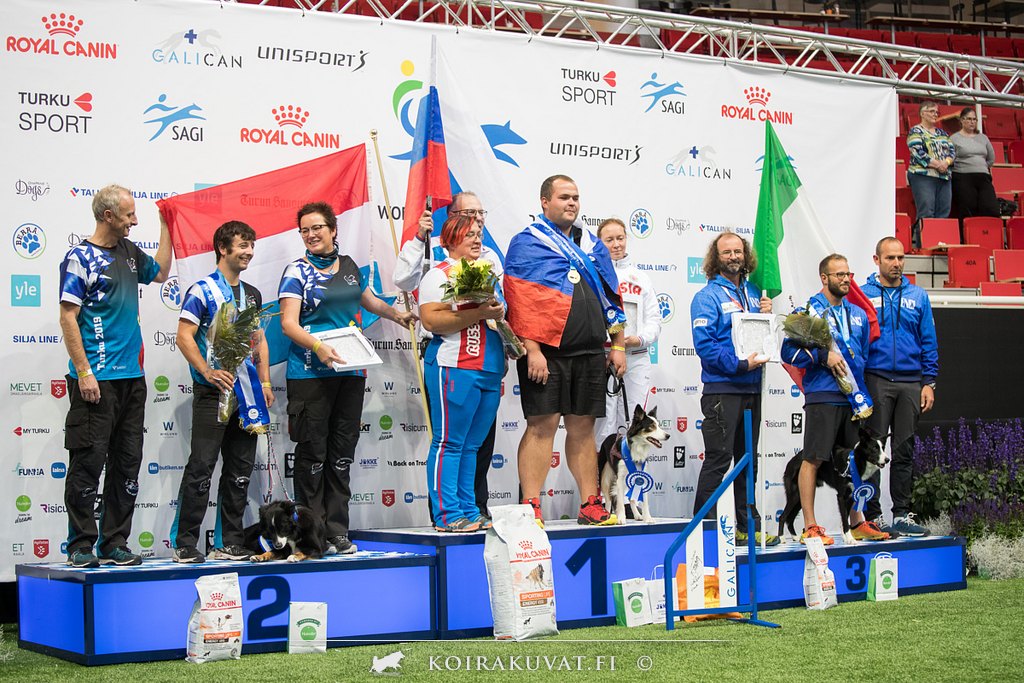 Tereza Kralova could have put on a nearly perfect World Championship with a clean run. Right up to the middle of the course, the Czech looked like the sure winner. Except Mike Peter with Limit from Luxembourg also failed all teams, which started from promising positions. Also the big Finnish medal hope Elina Jänesniemi with Etna got a disqualification. And the lead to the leading Russian Stanislav Kurochkin was at least a second. But then Say took an additional jump and run into the disqualification. The Russian with Border Collie Zippi confirmed the form of the previous year and gets his first big title. Gianluca Schingaro with Ex from Italy gets the bronze medal. But not only Tereza Kralova was disappointed in the end. It was literally a World Championship to forget for Jenny Damm, Pavol Vakonic or Svetlana Kreslina – according to the results. With the victory of Stanislav Kurochkin, Germany missed a sixth gold medal. The two hopes Anne Lenz and Mona Grefenstein remained out of medal reach. Anne Lenz and Itzi Bitzi were the best-placed with one mistake, while Mona Grefenstein and Qju did not fit in the end.

Qualifying for the national teams …9 months ago

Just Moved And Dog Peeing In The …1 year ago

Dog sneezes a lot2 years ago

Your Running Contacts2 years ago

Size classes in Sweden and Finlan …2 years ago

Collapsable tunnel in your countr …2 years ago